Hand and Mind was an exhibition and series of performances testing connections between the realms of speech and gesture, curated by Vanessa Boni. Artists Alex Cecchetti, Liz Magic Laser, Hanne Lippard, Jesper List Thomsen and Hagar Tenenbaum embody language and thought. Through painting, sculpture, choreography and performance they unsettle political, personal and theoretical channels of communication.

Every meaning that we transmit and receive is shaped by our bodies. We mediate communication sensorially in a complex and sometimes unconscious system of reflexes. Spoken language and physical gesture are expressed by separate parts of our bodies, but — at least in Western cultures — social forces often undo their communicative synthesis. The works in ‘Hand and Mind’ alter our perception of these dynamics, or even project us outside them.

Liz Magic Laser’s ‘Primal Scream’ draws on Primal Therapy, a radical 1970s coaching technique that encourages patients to reenact scenes from their past to physically and vocally express inhibited feelings. The soft grey padded walls and therapeutic devices – an instructional video, punching pillows in the shape of party political emblems, and a vessel to scream into – become the setting and tools for participants to use during Political Therapy Workshops. Participants accesses the potential of movement to alter psychological perceptions of lived experiences. The work suggests itself as a timely outlet for those discontent with institutional, racial, or gender politics.

Alex Cecchetti has worked closely with a professional dancer to study and document her movements. This has informed the shape of sculptural handrails in wood. Visitors to the exhibition are invited to touch the handrails with their eyes closed. Following the subtly ascending and descending curves they are lead to execute classical ballet movements such as ‘arabesque’ or ‘pirouette’. Cecchetti will present a new performance title Conversation of the Arrows amongst the sculptures on the opening night with dancer and choreographer Pauline Simon. This will be Simon’s debut in the UK.

The boys the girls and the political by Jesper List Thomsen is a series of paintings that uses language as a starting point. They are made by layering clear PVC sheets, treated with a variety of industrial paints, tapes and pens. Depicting abstract bodily forms they suggest the aesthetics of fashion advertising. They speak quietly about the circulation of digital images and how an individual’s appearances are managed online as a product of social media.

List Thomsen’s Perspex holders act as a form of infrastructure for the paintings during the exhibition. When The boys the girls and the political is placed within a Perspex holder the painting grabs the title as an extension to its existing title. The titles are first person utterances, as well as fictive backronyms, using the apparel brands; Nike, Puma and Adidas. The title types allows for linguistic-mashups when in circulation, much like how desperate bits of language might come together in an online context, when images and quotes are being reposted and perpetuated. 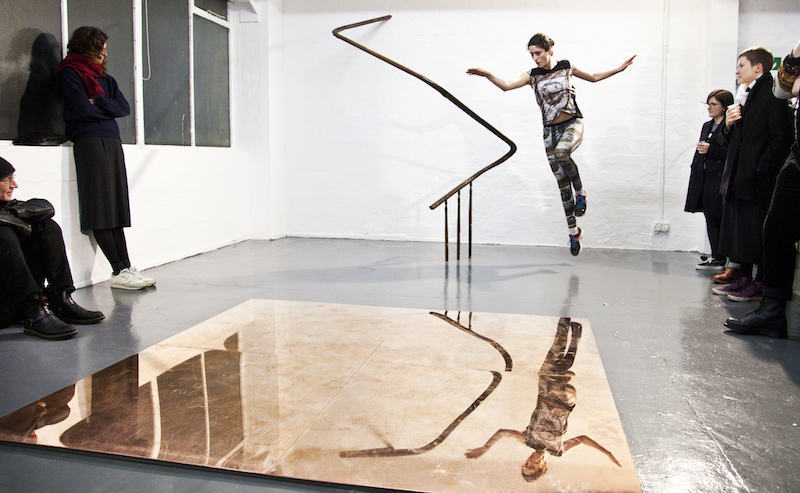 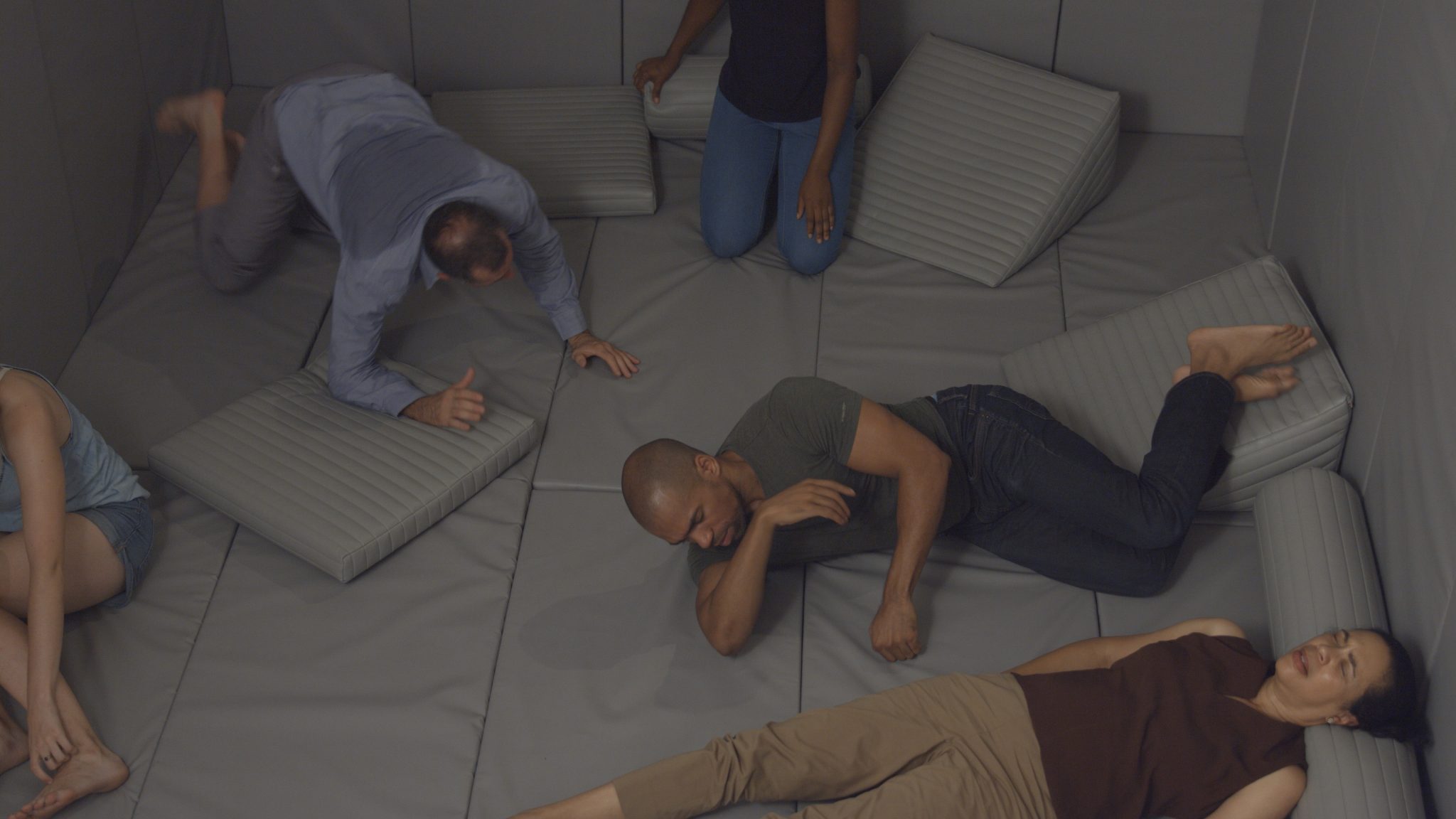 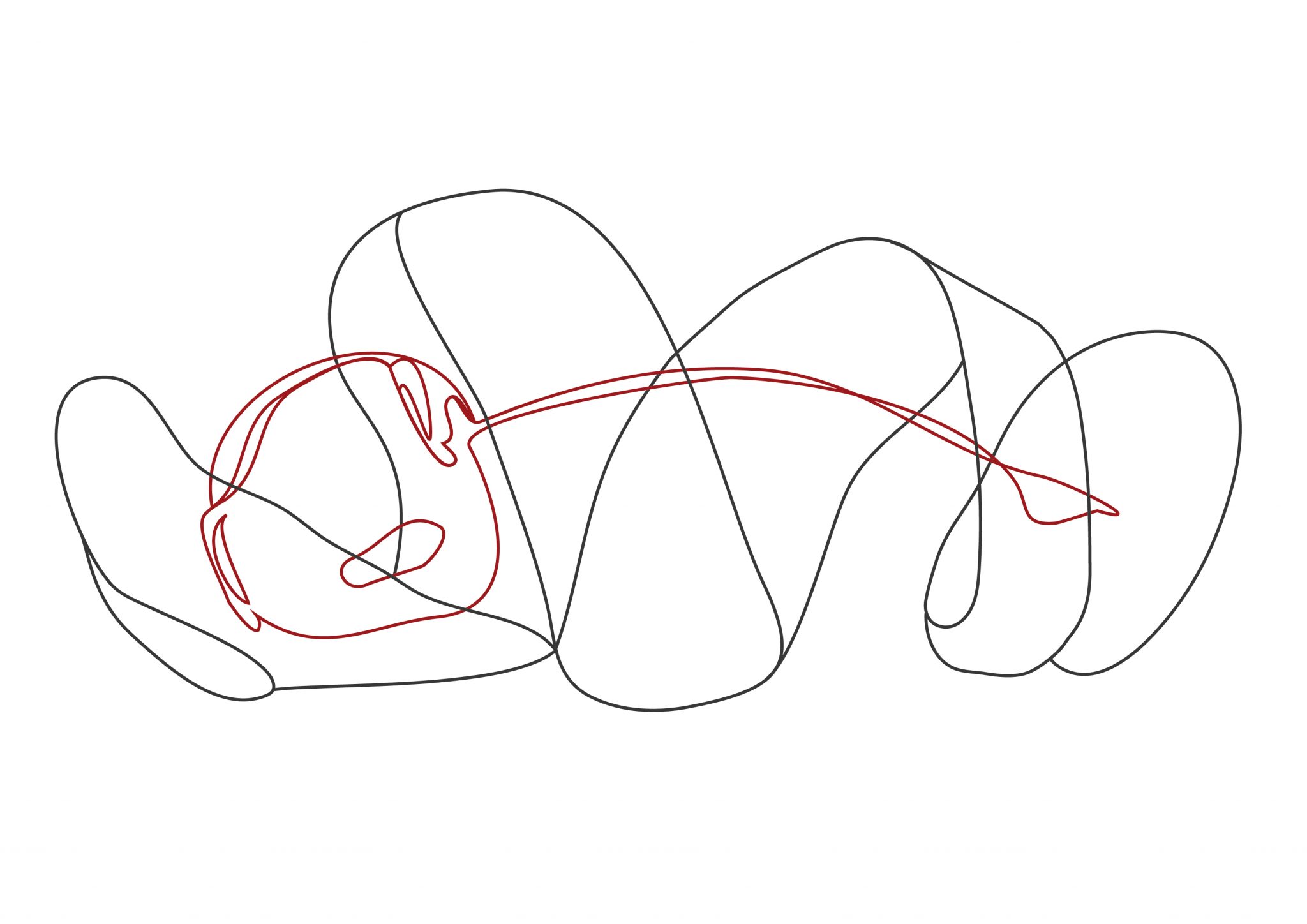 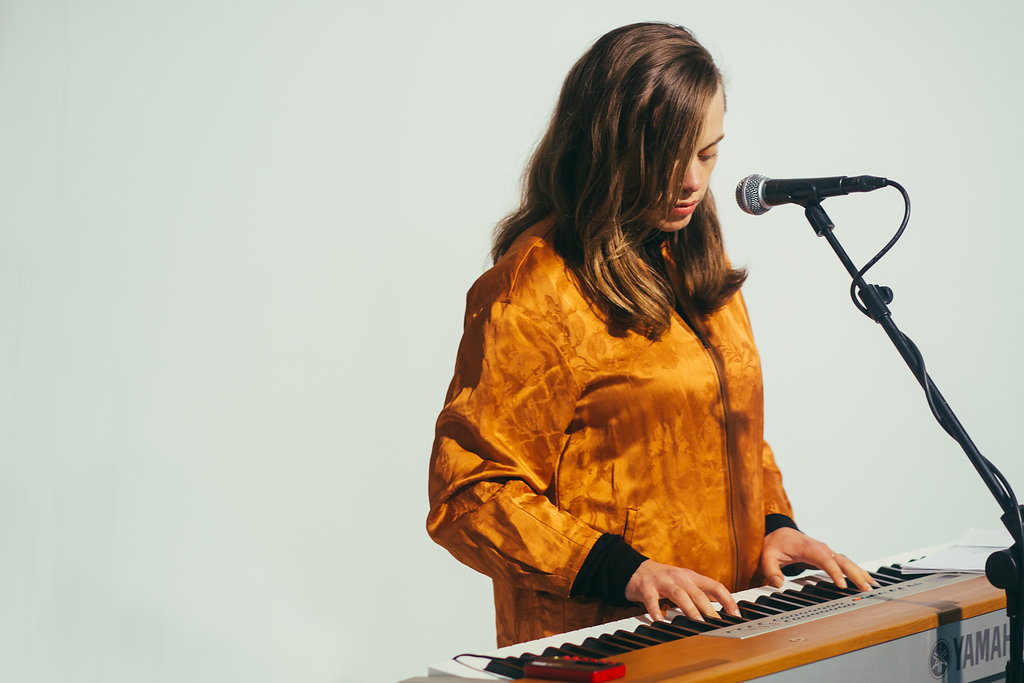