Grand Union (Birmingham) and Humber Street Gallery (Hull) have co-commissioned ‘sister’ exhibitions of new work by Jamie Crewe comprising videos, sculptures and writing – Love & Solidarity in Birmingham, and Solidarity & Love in Hull. This new body of work takes inspiration from Radclyffe Hall’s 1928 novel The Well of Loneliness, using the ambiguous tensions it stirs to think about repulsive kinships: with places, cultures, histories, communities, and individuals. The book is a portrait of Stephen Gordon: a masculine lover of women, who wants to be a country gentleman like her father. The book thwarts her desires, and has been an influence on many Anglophone queer and lesbian women, regarded both as a stirring representation and a regrettable antique. It has also been interpreted in the field of transgender studies, with some critics arguing that Stephen might be better understood as a trans man.

Love & Solidarity at Grand Union centres on two new videos, both based around conflict and camaraderie, simultaneously looped in the gallery. “The Ideal Bar” – “Le Narcisse” – “Alec’s” is a dramatised exchange between two non-binary people in a Glasgow nightclub, inspired by an exchange in the novel in which Stephen encounters a repulsive reflection of herself in a Parisian gay bar. “Morton” – “Beedles” – “An Abyss” is a video documentation of ‘Radclyffe Hall’, a concomitant group of artists and writers (in this case composed of Mason Leaver-Yap, Laura Guy, Kim McAleese, John Heffernan, Sean Elder, Jamie Crewe and their mother Nicky and sister Vicky)  engaging in a traditional craft from their home county of Derbyshire, England. The video shows this group, over the course of two days in Birmingham’s Modern Clay ceramics studio, making a version of a well dressing.

Well dressings are decorative pallets of clay into which designs are formed with fresh flowers, seeds, and wool, then erected around the wells of Derbyshire villages and towns each summer. The video itself focuses on the group’s hands doing the detailed, demanding work of constructing these designs, which are not traditional: drawn from disparate sources, they touch on themes of heartbreak, LGBT solidarity, the legacy of The Well of Loneliness, and more. The audio reflects this, as conversation branches into discussions of going to — or refusing to go to — Pride celebrations, of past and present heartbreaks, of experiences of transphobia, and more. In this, there are small moments of friction and revelation, born from the combination of disparate people — and deep investments — working together under one name.

Traditionally a well dressing would be erected for one or two weeks, then begin to dry out and degrade, and then be taken down. Its design would be destroyed, and the clay and boards would be reclaimed and stored for next year. In this case, however, the design has been divided into sections and fired into permanence; what was meant to be temporary has been made lasting, and lost its beauty in the process. What remains on the pale clay are marks of imprint, shadows of pigment, and a few scorched remains. Visitors to the exhibitions are allowed to have a physical encounter with the products of the craft (though the 25 slabs are split unequally across both venues), but not in their freshest, fullest, most visually appealing forms; instead, they are seen in their hardened, bleached, cracked, and burnt forms, which have allowed their survival. Displayed in the space on these slabs are quotes from gay writer and activist Randy Wicker about his late friend and former enemy, the transgender activist Sylvia Rivera; a wordless poster design for a Valentine’s Day event at a lesbian SM club in the late 80s; an androgynous breast on which a labrys pendant hangs; and Germaine Greer’s hand.

There is a printed text work, titled Womanhood, of which around 3,000 freely available copies will be made and displayed across the two venues. The cover design of this is based on the cover design of The Sink of Solitude (1928), an illustrated lampoon of The Well of Loneliness written by Beresford Egan, P. R. Stephensen and ‘Several Hands’. While mostly addressing the pain of disenfranchisement, the text finds space for a kind of contrary hope; in response to the doomy conclusion of The Well of Loneliness — that love is not possible for people like us — the narrator will demand resistance to this logic; they will assert that love and solidarity are possible, and that the failure to embody them is an unforgivable disappointment.

As part of Grand Union’s extended programme we have co-commissioned a publication with new writing by Juliet Jaques, Nat Raha and Shola Von Reinhold. This will be distributed digitally.

Jamie Crewe was born in Manchester and raised in the Peak District, and they now live and work in Glasgow.

They have presented three solo exhibitions: But what was most awful was a girl who was singing (Transmission, Glasgow, 2016); Female Executioner (Gasworks, London, 2017); and Pastoral Drama (Tramway, Glasgow, 2018). They have also participated in many group exhibitions, including: STILL I RISE: FEMINISMS, GENDER, RESISTANCE ACT 2 (De La Warr Pavilion, Bexhill On Sea, 2019) and ACT 3 (Arnolfini, Bristol, 2019); I, I, I, I, I, I, I Kathy Acker (Institute of Contemporary Arts, London, 2019); and Cellular World, part of the Director’s Programme for Glasgow International 2018 (Gallery of Modern Art, Glasgow, 2018). They have also presented their performance lecture Potash Lesson at a variety of venues in the UK and Europe, and authored a book titled GLAIRE (published by MA BIBLIOTHÈQUE, 2017).

In 2017 they were awarded a commission by KW Institute of Contemporary Art, Berlin, as part of the KW Production Series. The resulting moving image work — a two channel video titled Pastoral Drama — was exhibited at the Julia Stoschek Collection in Berlin alongside fellow award recipient Beatrice Gibson’s I Hope I’m Loud When I’m Dead. In 2019 they were announced as the tenth recipient of the Margaret Tait Award, Scotland’s most prestigious prize for artists working with moving image. The resulting work — a rural horror film titled Ashley — will be premiered at Glasgow Film Festival in early 2020.

As part of Grand Union’s extended programme for Love & Solidarity by Jamie Crewe, we have co-commissioned a publication with new writing by Juliet Jaques, Nat Raha and Shola Von Reinhold.

How She Survived: a YouTube playlist by Jamie Crewe, with an introduction by Kim McAleese 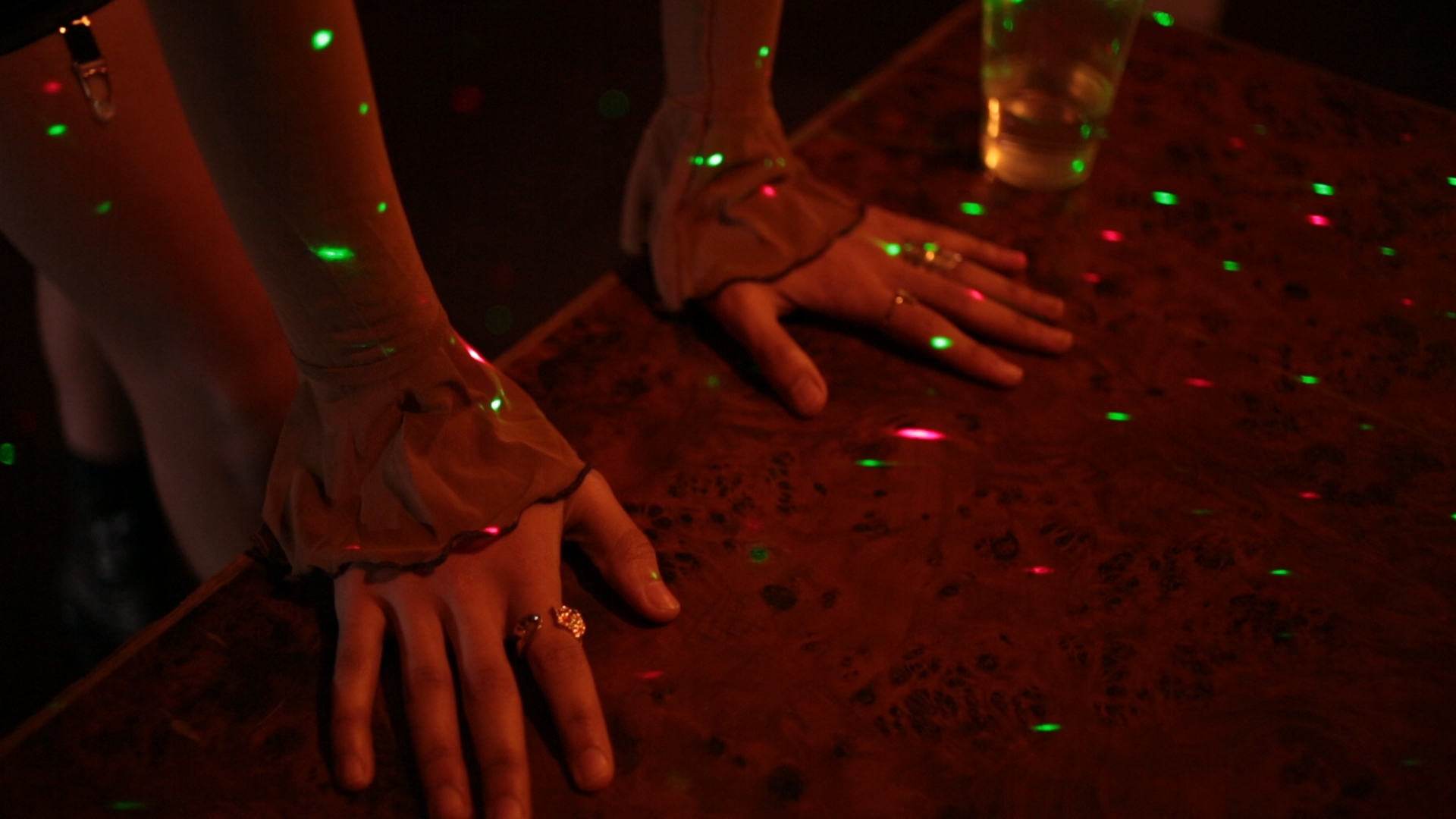 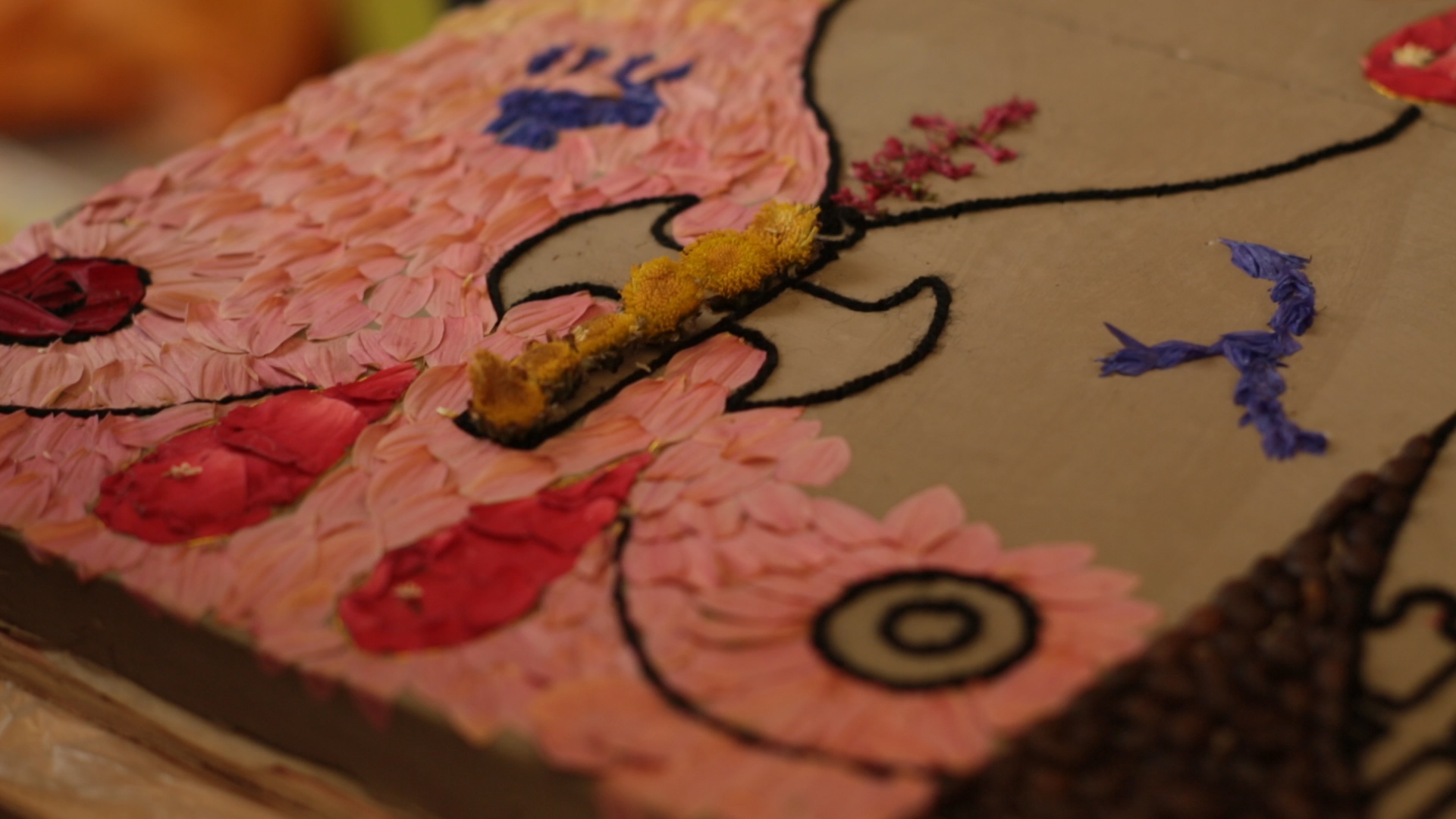 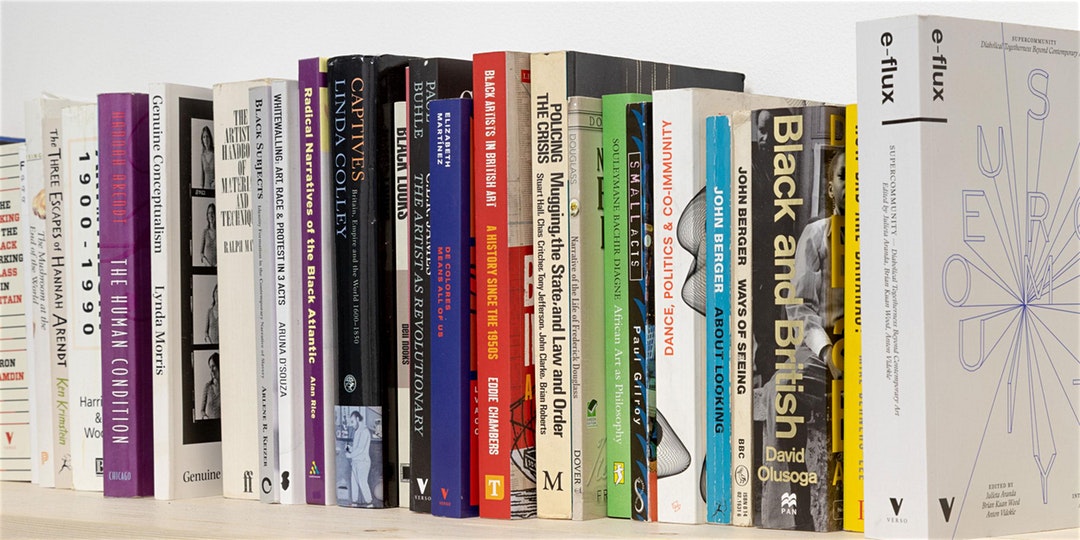 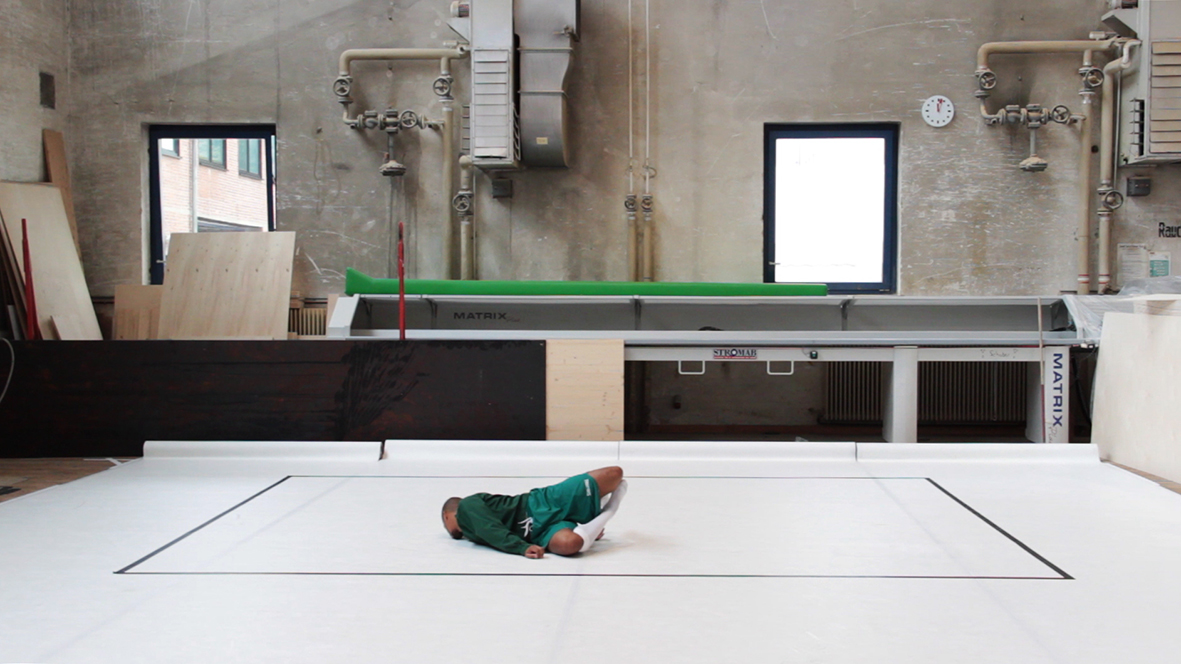